Programme: Bit slim but only 50p

Parking: Club car park, beware, its small & you get blocked in

Left Cornwall early afternoon and bribed the guards at the Tamar Border Control (the bloke in the booth selfishly took 2 quid off me). I was soon jaunting up the A38 dodging erratic homeward bound holiday makers still razzled from their last night binge in the caravan.

Bovey Tracey is a lovely little place on the eastern edge of Dartmoor. I'd visited this area when I lived Up North. I had a contract to do Safety Inspections at a premises on the nearby Heathfield Industrial Estate. Usually took me 2 hours and I got expenses to stay in a big flashy hotel in Torquay, those were the days.

The big match witnessed classy Crediton visiting the leafy splendour of Mill Marsh Park. They brought a bit of support with them, it's only the other side of Exeter so not too much of a trip. Hope they got somewhere to park, it's not easy dumping the car near the ground, I got The Match Shed in the last gap against the fence in the tiny club car park, I was feeling rather pleased with myself until some other cars followed me in and promptly blocked me in. I'm never a fan of grid-lock parking especially as the chap who did for The Match Shed decided to have a leisurely chat at the clubhouse following the final whistle. 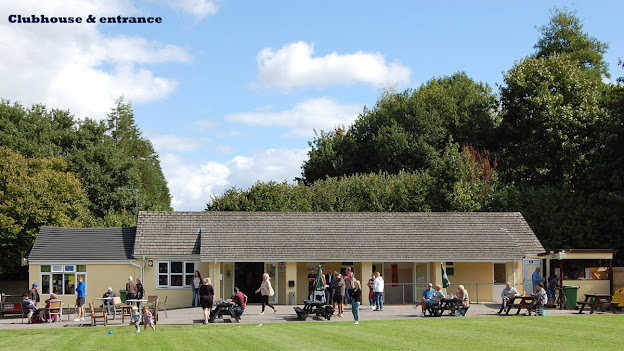 Great to see the home club respecting Covid 19 precautions, they had a signing in book for track & trace and automatic sanitiser units both at the entrance and the clubhouse. Also got the luxury of hot water, plenty of liquid soap and plentiful paper towels in the toilets, bit like that fancy hotel I mentioned back in Torquay. Benches and a few tables had been appropriately well spaced outside the clubhouse and it was nice to see people casually having a drink or a snack before kick off. The social distancing pitch side was pretty much ok, you'll always get a nob-head who ignores it but I only had to move the once so the matchday experience wasn't too anxious. Full marks to Bovey Tracey.

Mill Marsh Park is a picturesque place to watch football with scenic views through the trees to the Dartmoor foothills. There aren't the old school trappings that groundhoppers crave but the place is neat and tidy, has a great looking pitch and there is a small stand with seating and a similar covered unit on the far side for those wishing to stand up (probably a popular spot when the winter kicks in).

The match itself was a keenly contested affair with little to choose between the sides. There was the obvious early season rustiness but plenty of free flowing play which often resulted in near misses or the dreaded fluffed sitter. Crediton went into a two nil half time lead with a couple of well taken goals and their solid defence obviously posed a problem for home side objectives to turn things around. 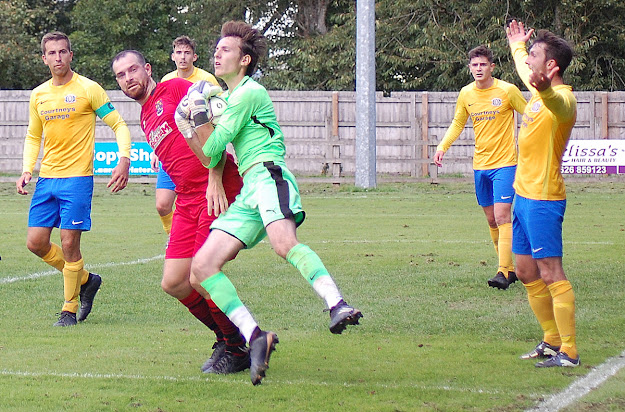 The second half followed a similar pattern to the first but gradually Bovey Tracey expanded the pressure and took more of a grip. What probably had a deciding affect on the proceedings was the strange occurrence of Sean Finch, one of the home teams strikers, being sin binned for dissent not once but twice! The second occasion quickly followed the first and witnessed a gobsmacked Sean trudging off the pitch after he'd just knocked a 25 yard free kick into the Crediton net. Apparently the Referee adjudged there was a Bovey Tracey player illegally affecting the Crediton wall.

Rumour has it a voice was heard telling the Referee to F-Off, the Referee thought it was Sean although those around the incident were of the opinion that the abuse came from a spectator on the touchline. Having a cracking goal disallowed and going back to 10 men really put the home side up against it and despite grabbing one back with a scrambled goal in the last minute and then the drama of a last gasp free kick Crediton took the 3 points. 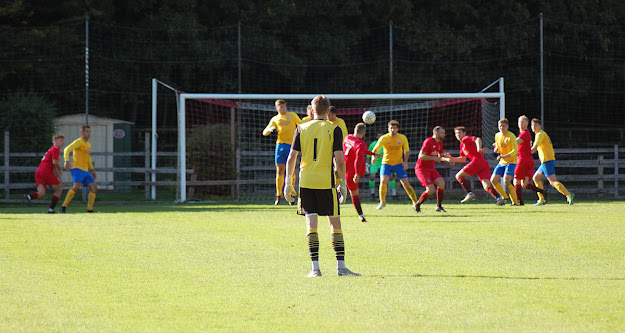 Programme: £1 on cover but given out free

Parking: Back up the nearby housing estate 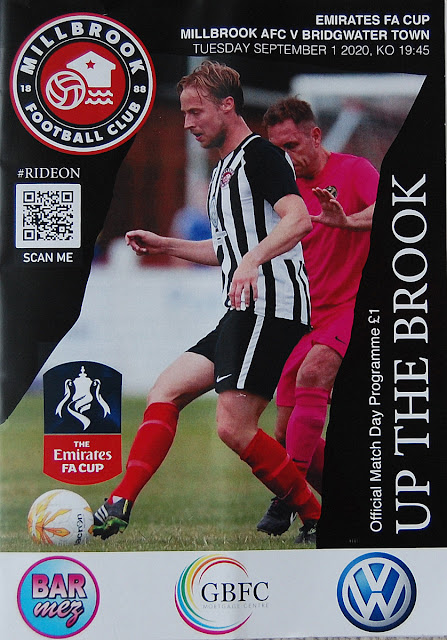 Thankfully there were no millionaire opinionated Managers & pampered players sat on sun loungers in exclusive foreign hotels instead of turning out for the FA Cup tonight, we'll be spared that embarrassment until mid winter. The disrespectful antics of Klopp & Co couldn't be further from the pride Millbrook Football Club had for our greatest Cup Competition this evening. This was their first ever FA Cup tie in their 132 year history. It is a sad fact of money-mad modern football that only non league clubs and a diminishing number of lower football league sides treat the competition with the respect it deserves.

That very same respect and the work and effort Millbrook have applied to get a continually improving Jenkins Park ready for this occasion was rewarded by an impressive turn out of football supporters.

Jenkins Park, (named after local Millbrook born professional footballer and my boyhood hero centre forward Reg Jenkins who still remains a legend at the Spotland home of Rochdale AFC) was buzzing with eager anticipation when I arrived. There was half an hour before kick off and the car park was full. I've been here a good few times before and its the first time I've had to dump The Match Shed in the nearby housing estate. There was ale and al fresco burgers everywhere as punters enjoyed the vista of the well kept ground from outside the clubhouse. I just hope many of those enjoying the occasion will be back for the bread and butter games in the South West Peninsula League East.

Bridgwater Town play at the level above Millbrook, Step 5, in the Toolstation Western League. They provided stern committed opposition, this included the ability to play free flowing football alongside the craft of rugged defending. It is a credit to the current standard of football in the SWPL that Millbrook not only matched their esteemed visitors, they actually out played them. The pressure the home side applied in the second half would have seen most sides crack open, not Bridgwater, they dug the trench and defended it with all they'd got. It was one of their rare counter attacks that broke the spell of the magical Jenkins Park spectacle. A speculative shot from the corner of the 18 yard area on a rare jaunt forward somehow slipped into the corner of the Millbrook net and a multitude of groans hummed across the local fields down to the Tamar beyond. Bridgwater got the shovels out and dug the trench deeper. Millbrook threw all they'd got at them, goalmouth scrambles and battered woodwork ensued but the Bridgwater ranks held firm. 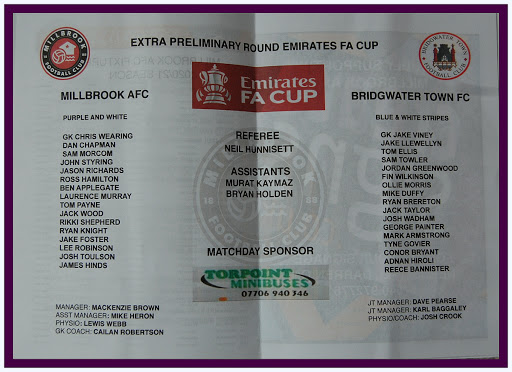 Makes me cower with shame when I think of our big wig, big gob cash ridden big club Managers. Just watch them put the stiffs and the kids out next time they play a lower league club in the 3rd round proper. Get to an FA Cup match now if you can, it's miles better with the non league clubs involved.

If you've not been to Jenkins Park yet, try it, you won't be disappointed, lovely clubhouse, proper tea hut grub wise, a charismatic main stand and some jolly decent football to watch. Nice picturesque village to sample too.